“Mono Together to Build Weir for the King” 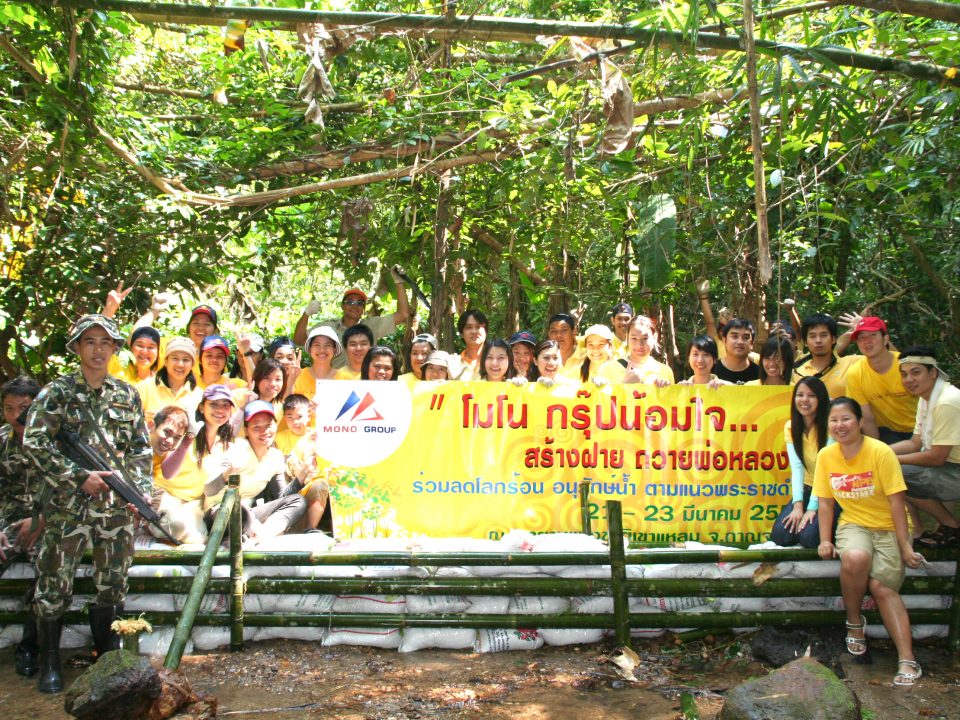 “Mono Together to Build Weir for the King”

“Mono Together to build weir for the King” is another good CSR projects to support the King’s project to preserve water sources and return natural balance. As a result, this will reduce global warming problem as well. Mono Group Corporates worked together with the Deparment of Forestry, Kaolaem Natural Park, to arrange an activity to build weir (or dam” at Kaolaem National Park, Kanjanaburi Province, during 21st-23rd March. This activity got a lot of support from over 40 of volunteers of Mono Group employees to work together with officers from the Deparment of Forestry, Kaolaem Natural Park.

The atmosphere during weir buiding was filled with fun althout we were tired and faced with many obstacles throughout the project. Although this was the first weir built by Mono Group but everyone was united and helped each other until construction was completed. Mono Group volunteers were able to complete weir as our preset goal. Importantly, Mono Group still has many to come of CSR activities in order to create better things for social. Please wait for others activities soon. We would like to thank officers from the Deparment of Forestry, Kaolaem Natural Park, for your supported and facilitated during this weir building.